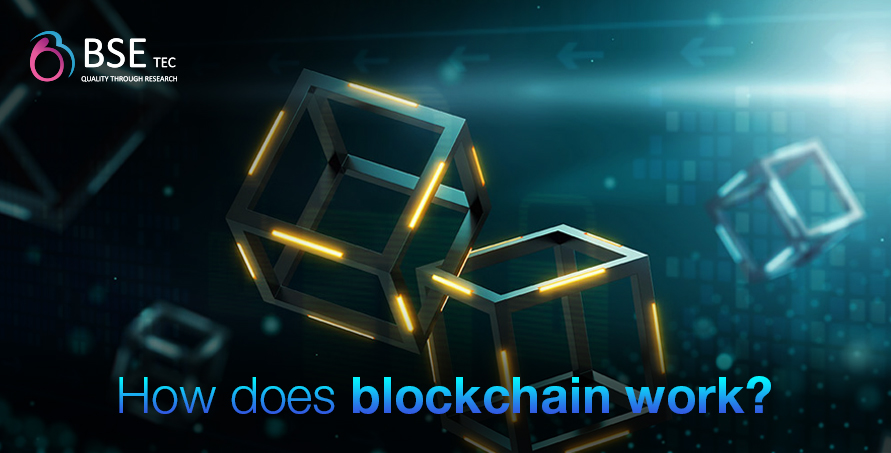 A blockchain is a decentralised ledger that is used to store various information permanently safely and securely. Blockchain app development (DApps), building Smart contracts are some of the projects undertaken in a blockchain development company. Blockchain can hold innumerable data and these are recorded sequentially, embedded with a time-stamp. Although blockchain technology was originally developed for the exchange of cryptocurrencies, it has spread across various areas due to its versatile nature and great benefits.

Let’s understand how a blockchain works.

First, the blockchain is kind of like the spreadsheet which can hold information, but the difference is that it needs approval from nodes across the world. The components of the blockchain include a hash, data and the hash of a previous block. Each block has a link to another block via the hash, making a chain-like structure.

Second, blockchain can be public or private; the former is completely transparent because its copies are stored in multiple devices or nodes. The latter though offers control on access, is not as strongly secure as a public blockchain.

Blockchain technology can be used in various areas such as the finance sector, Data sharing, Real estate, logistics, healthcare, hospitality, education and the list of possibilities go on.

As more companies have realised the scope of blockchain, they have started to hire blockchain developer to work on possible ways to digitise their processes using blockchain. More importantly, blockchain removes the need for a third-party such as a bank and puts away all the paperwork required in the traditional data transactions. If you are looking for an opportunity to get Blockchain training, you might as well sign up for an online course or acquire a certificate course from a full-fledged IT training centre. BSEtec is one of the most successful blockchain centres in Bangalore and has launched a special training wing for avid learners. Catch up with us to learn more and sign up for a course in Blockchain development.