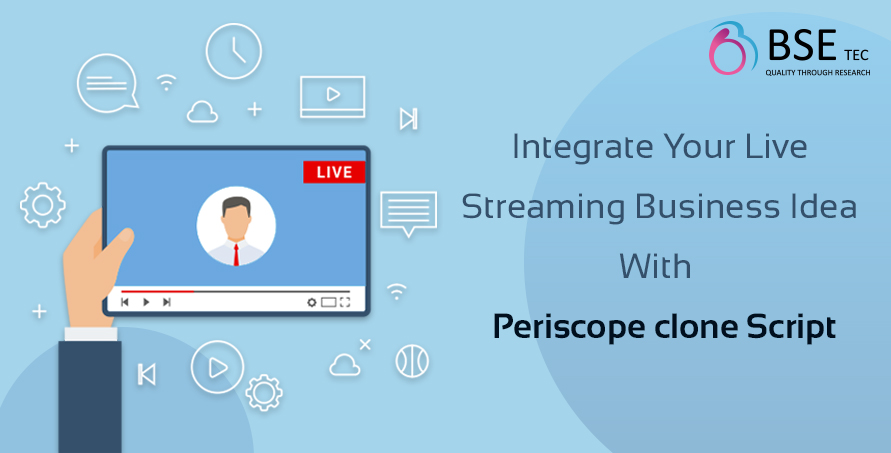 If you have a great business idea with live streaming strategy, it is time to choose a periscope clone script for it offers a powerful performance without the need to create a code script all over again. Turnkey periscope script such as live plus is making it easier for business enthusiasts to concentrate on other aspects rather than worrying about creating a live streaming app.

Live tv streaming PHP script is always helpful in creating a live streaming app without any hassle. Apart from speed and reliability factors, features are what makes bigo live app clone like a live plus to be trusted by thousands of business owners around the world. Features such as geo tagging, comment, follow option, features to switch to private account etc, makes the app better and engaging.

Live plus periscope script is created using kurento streaming server which offers seamless live tv streaming. The app is user-friendly as it would have a responsive design and interface. The theme of the app can be decided by you and can be modified at any point in time. The live streaming app is fun to use and occupies less memory in your user’s mobile. The app can fit in both android as well as ios based smart devices.

When your business has a live streaming app, it is more likely to reach target audience at the right time and relieves you from other forms of advertising and marketing as the app itself would have provision for free ads. The app also helps to connect with the people to whom we can’t reach out in real life. Also, live streaming is a powerful tool to spread informative and positive messages.

To learn more about live-streaming apps, get in touch with BSEtec and try the demo app live plus.