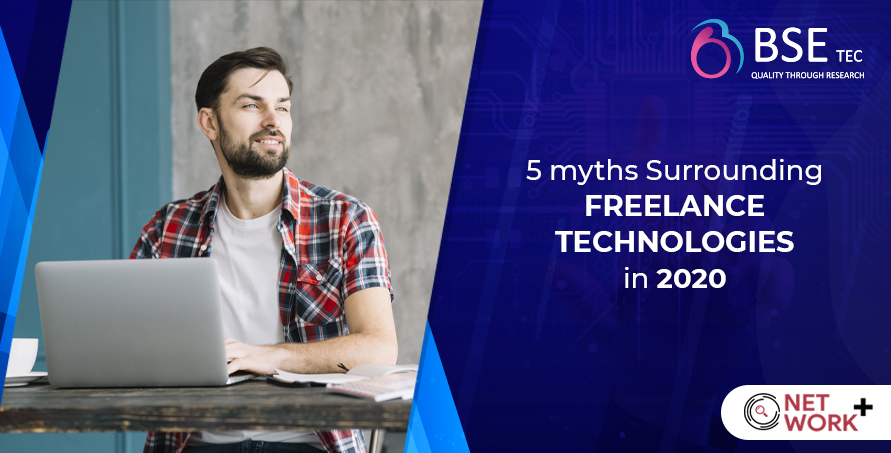 Freelancing is always considered as an unstable and temporary way of income. The reality is often overshadowed by the myths that originate out of nowhere. The truth is that freelancing gives you a lot of time for yourself and breaks the monotonous cycle that we have in a 9 to 5 job. People are also not comfortable with freelance bidding websites because of the myths again, which acts as a barrier to entry. However, a popular freelance marketplace, such as Upwork, Elance and Freelancer.com, could get great user base because of the services that are offered.

Let’s quickly look into five common myths that we hear about freelancing:

To conclude, freelancing is just one of the ways to earn efficiently and it attracts a great population with the benefits such as flexibility of work, time and location. Also, you can freelance for more than one client at the same time, which increases the possibility to earn better and gain more experience in a short time. If you want to serve as a platform for the freelancers, you can use upwork clone script or any freelance workplace clone such as Network Plus to create one. Network Plus is a readymade upwork clone that can be used to create a lookalike app of upwork, holding the same features and an option to customise the app the way you want. Break these myths and become one of the popular freelancing bidding websites today!