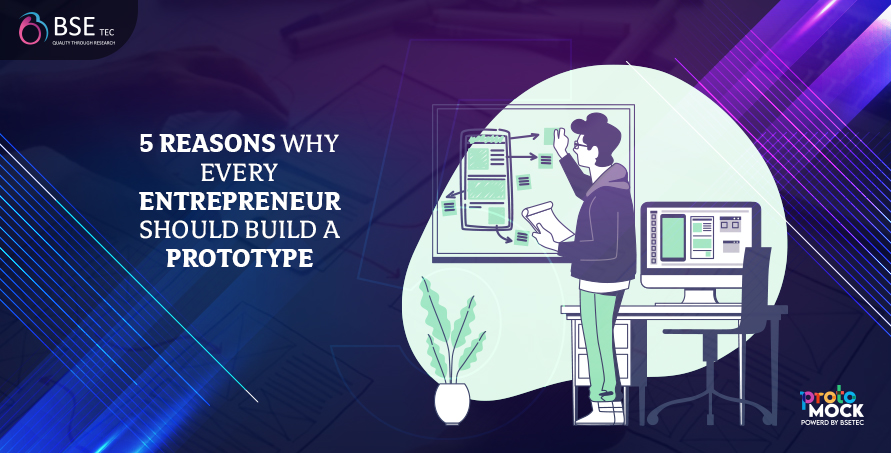 Prototyping is an introductory version of a concept or an idea in the world of mobile app development. In order to establish genuine versions of their app prior to investing their time and money into its development– app developers or entrepreneurs typically draw upon prototypes.

Why is prototyping so important?

Those who know the benefits of prototyping their ideas, validation of their prototype and consulting with the experts of the field, are the ones who excel in custom app development. In fact, prototyping has been a proven way in which app development costs can be reduced drastically, as there are fewer mistakes during the product development process and you can actually create a tangible idea which the users really need, without the need of restructuring and redesigning the entire thing after it’s development is complete, which would end up requiring more money beyond the budget.

The advantages of building a prototype

These are 5 Reasons why every entrepreneur should build a prototype–

So, if you are thinking of creating your idea into a mockup or prototype, or curate wireframes for making your ideas come to life– don’t hesitate to contact Protomock. Protomock is one of the leading prototyping platforms in the industry. So, hurry, contact us today!