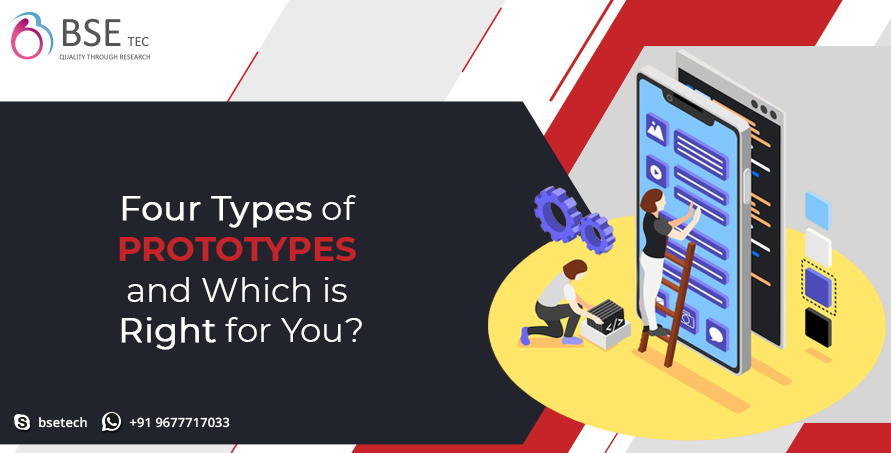 For the physical representation of an idea, a foundational process that helps in developing a new product is called prototyping. It’s the rough draft of the final product that helps to receive early feedback and offers a way to solve problems and find shortcomings in the existing design and the ways to fix it and try out new and innovative designs before moving to the final stage of development. Prototyping helps to create a robust understanding and can conceptualize and validate the product. It is often used in the testing phase in a Design Thinking process, to understand how the users will behave with the prototype. This also helps to find out if the implemented solutions are even helpful to the users or not. The four common types of prototyping techniques that have been used in the design industry are–

Know How to Speed Up the Prototyping Process with ProtoMock

Know Everything you need to know about Prototypes

These four types of prototyping used in software development are a very crucial, quick and effective way to bring your product idea to life by prototyping. If you are looking for a platform that can solve all your prototyping needs, then do not hesitate to contact Protomock. For more details contact us now!