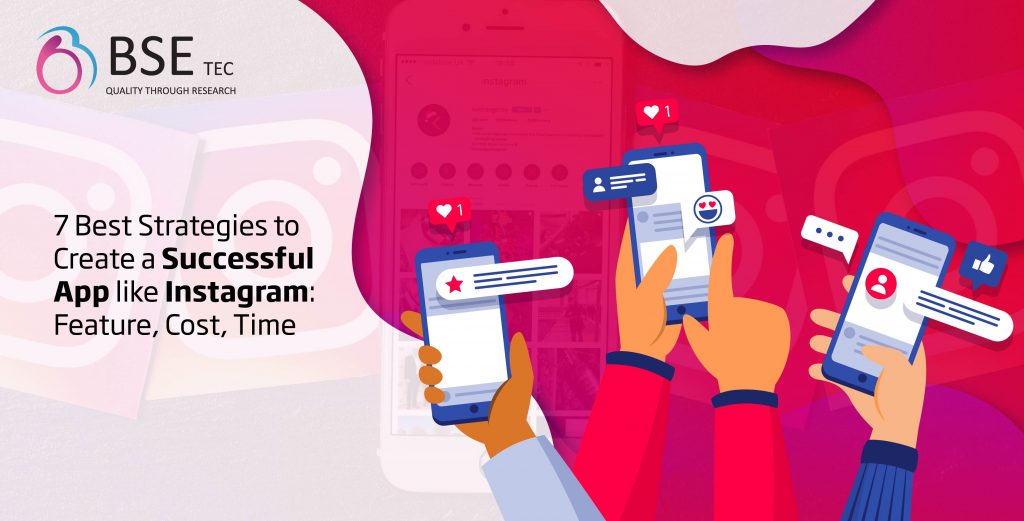 Instagram is one of the most popular social media apps, used widely by people from all over the world. There are various reasons why the platform has gained popularity in such a short time. One of the main reasons is that the app has highly engaging and user-friendly features. The recent features include the reels and AR filters which have attracted a wide variety of audiences. India is ranked second after the US in the leading countries to have the most number of Instagram users with over 100 million users, according to statista. It also predicts that the number of smartphone users would reach 3 billion by the end of 2020 which makes it obvious that the number of Instagram users would also increase exponentially.

The cost to develop an app similar to Instagram differs based on the method that you use. It also depends on the number of features, customisation and other services rendered by the developers.

Usually, the amount is calculated based on the development hours and the payment for the developer.

According to a report by freecodecamp.org, it would take about 390-600 hours to develop the app excluding the backend process. So the development cost for android or iOS itself amounts to nearly $12800 to $22400.

However, by using Instagram clone script, additional costs can be minimised. For instance, Bsetec has come up with Instasocial Instagram clone which offers a demo app and trial version for free. The time taken to launch the app in the stores is also very less compared to developing the app from scratch.

Creating an app similar to Instagram is not a herculean task as it was way back when the app first came into the scene as Burbn. Perhaps, after the app was acquired by Facebook, the users have tremendously increased with the constant updates in the features. In the same way, you have to make sure that you cater to the needs of users who always look for more fun and more entertainment that cannot be experienced in reality.

Create the app using the Instagram clone and make sure to add in various elements to suit your theme.

This can attract a lot of people who look for a diverse platform to share, learn about other places and culture and also promote their businesses.

Hence, to get the best Instagram clone script for your new app, check out Instasocial today.