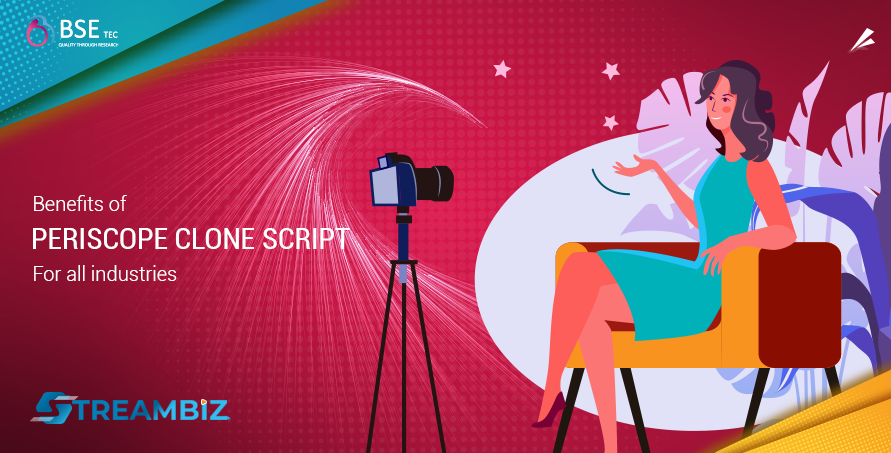 In this digital age, everything is being streamed live, and people are more interested in watching any information or news in real-time. They genuinely want the most recent updates to be broadcast as soon as possible. In previous years, live broadcasting was only used for reality shows and breaking news. Only people who watch the news are used to this. However, the trend has completely shifted. People are using live streaming script videos to convey important information, such as the reality of people, the latest happenings in cities, and broadcasting celebrities’ marriages, among other things, because these bigo live clone script have such a strong impact on people, everyone is looking for a unique and creative platform to broadcast their live streaming videos, so, let’s take a look at some of the people who are all using this concept.

The broadcasting of live streaming videos can easily capture the attention of the viewers. Many people now recognise the value of live videos and are taking advantage of this concept. People on news channels are using this live broadcasting to find out what is going on in their area, within the city, outside the city, state, countries, and around the world. These videos will provide accurate information about the world’s current situation.

People who want to show off their talent to the world use live video streaming script in PHP applications to broadcast their live concerts. Some politicians will also favour this live video concept in order to communicate important matters and events to the public. Even our family members are not immune to this. Some people send live video feeds of their family ceremonies to important relatives who are unable to attend the events. Furthermore, in recent days, several marriages have been broadcast live to the public or to family members.

Let us look at some of its benefits below:

Given the importance of live streaming platform, BSEtec, a leading technology solution provider, recently launched the innovative and creative software Periscope Clone Script “STREAMBIZ” to create an effective platform for your live videos. StreamBiz is a live streaming script based on the well-known Periscope clone app. It has already attracted a large number of customers due to its outstanding features. Furthermore, to make the video streaming app clone even more appealing and accessible, Bsetec has included three eye-catching features: multi-language support, social network login, and RTL support. Let’s take a closer look at these features:

The aforementioned features will undoubtedly entice the audience to consider StreamBiz. Customers can use StreamBiz to broadcast their live videos and make an impact on others. StreamBiz, our best-selling product, can help you improve your live streaming videos.