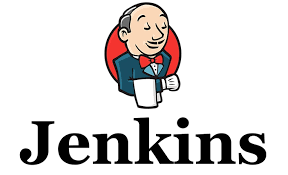 Jenkins helps to automate the non-human part of the whole software development process with now common things like continuous integration and by empowering teams to implement the technical aspects of continuous delivery.

It is a server-based system running in a servlet container such as Apache Tomcat.
It supports version control tools, including AccuRev, CVS, Subversion, Git, Mercurial, Perforce, Clear case and RTC, and can execute Apache Ant, Apache Maven and sbt based projects as well as arbitrary shell scripts and Windows batch commands. The creator of Jenkins is Kohsuke Kawaguchi.

Builds can be triggered by various means, for example by commit in a version control system, by scheduling via a cron-like mechanism and by requesting a specific build URL. It can also be triggered after the other builds in the queue have completed.

Jenkins functionality can be extended with plugins.

A Jenkins file is a text file that contains the definition of a Jenkins Pipeline and is checked into source control. This is the foundation of “Pipeline-as-Code”; treating the continuous delivery pipelines a part of the application to be version and reviewed like any other code. Creating a Jenkins file provides a number of immediate benefits:

As an extensible automation server, Jenkins can be used as a simple CI server or turned into the continuous delivery hub for any project.

Jenkins is a self-contained Java-based program, ready to run out-of-the-box, with packages for Windows, Mac OS X and other Unix-like operating systems.

Jenkins can be easily set up and configured via its web interface, which includes on-the-fly error checks and built-in help.

With hundreds of plugins in the Update Center, Jenkins integrates with practically every tool in the continuous integration and continuous delivery tool chain.

Jenkins can be extended via its plugin architecture, providing nearly infinite possibilities for what Jenkins can do.