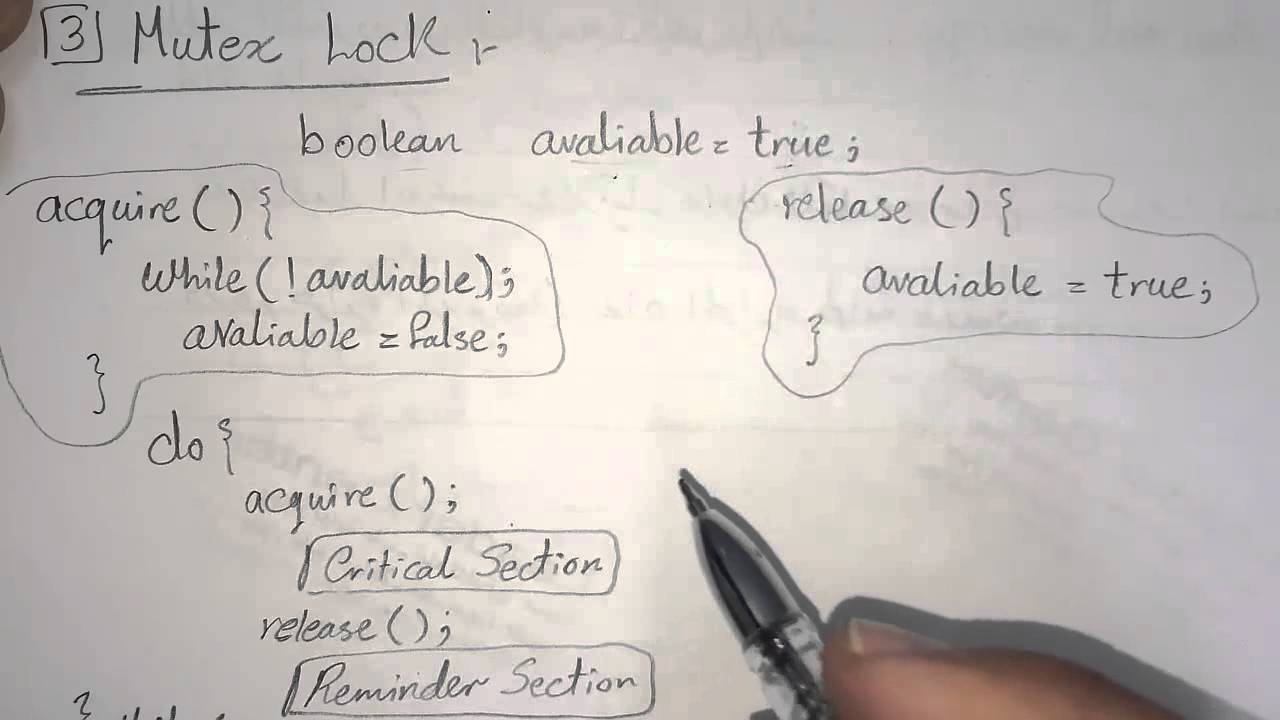 Two mutex locks are created in the following code example:

/* Create and initialize the mutex locks */

In this example, thread one attempts to acquire the mutex locks in the order

Deadlock is possible if thread_one acquires first mutex while thread two acquires second mutex. Note that, even though deadlock  is possible, it will not occur if thread one can acquire and release the mutex locks for first_mutex and second_mutex before thread_two attempts to acquire the locks. And, of course, the order in which the threads run depends on how they are scheduled by the CPU scheduler. This example illustrates a problem with handling deadlocks: it is difficult to identify and test for deadlocks that may occur only under certain scheduling circumstances.