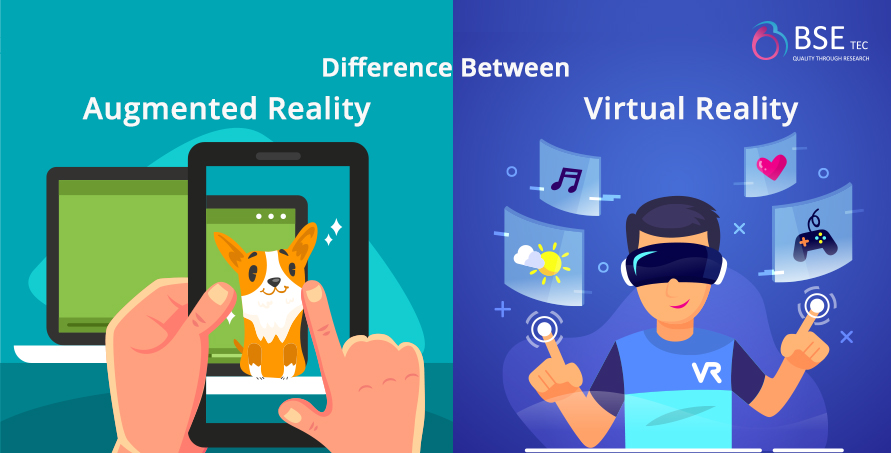 Augmented and Virtual Reality is slowly impacting our lives in a way we never thought possible. People are still figuring out ways to tap the immense power it beholds. However, there is speculation about the differences between the two.

The main difference between the two is in its ability to immerse. AR is a little less immersive than that of VR. AR just takes reality and adds digital elements to it often through the camera on your smartphones. The game Pokemon Go and Snapchat lenses use this technology to track your surroundings and impose additional information on top of it, on the screen. VR, on the other hand, gives you the impression that you are somewhere else. It completely overrides your surrounding and shuts out the physical world. It doesn’t even matter where you are. HTC vibe, Oculus Rift or Google cardboard uses VR through closed visors or goggles to provide the ultimate immersive experience. Not only this VR makes use of smell and touch to enlarge sensory experience.

AR provides more freedom to the users and traders as it doesn’t require a head-mounted display. In AR the user stays in contact with the real environment. With VR headsets your field of vision is filled with whatever’s being displayed. Hololens which uses AR can only project images in a confined area in front of your eyes.

With VR you can be transported to ride a roller coaster or go scuba diving. Hololens and Magic Leap One uses AR and can let you virtually place floating app windows and 3D decors around you. VR finds applications in engineering, military, construction, healthcare, education, business and much more. AR is used in aviation, automotive, healthcare, travel and tourism. So AR and VR are bridged by minor differences and are even combined together which introduces us to Mixed Reality.