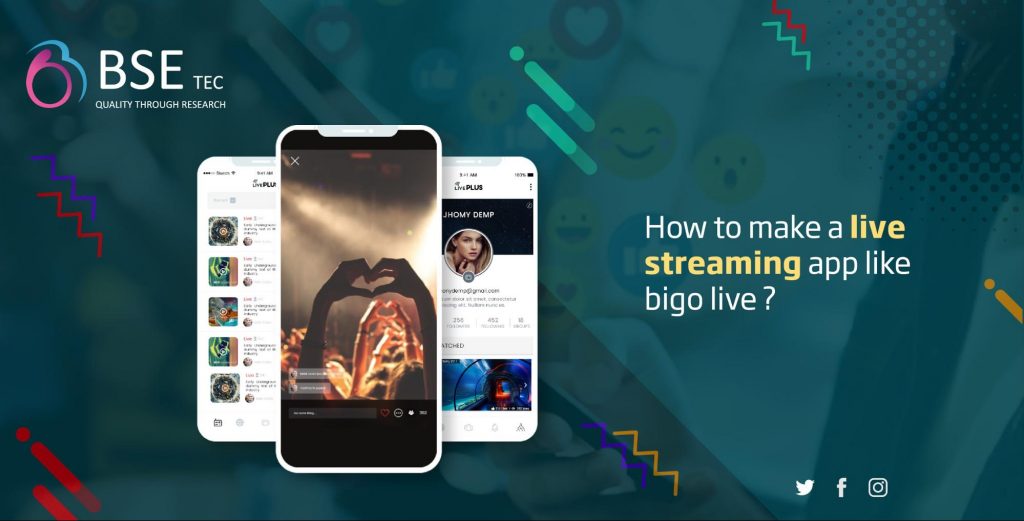 Bigo is a well-known live streaming app with users from more than 150 countries. The app has both live-streaming as well as short video platform called Like. Based in Singapore, the app has gained worldwide popularity since its inception. Bigo app envisions to be the best content platform for billions of people around the world.

Similarly, Periscope is a subsidiary of twitter, specially crafted for live-streaming. It was acquired by twitter in 2015 and gained popularity within a couple of months after the launch in the android and iOS app stores. The app supported live-streaming through go-pro which gained a huge welcome from vloggers and mainstream content creators. Later, apps like Instagram, Facebook and YouTube also included the live-video streaming features to attract their users.

Why do live-streaming apps have the hype?

We are in a fast-moving world and sometimes we miss certain satisfying activities like tour and travel, due to lack of time and money. A virtual tour is something we all find to be a comfort as well as a cheaper way to know what’s happening in the contemporary world. Live-streaming apps are the source of virtual tour videos from various parts of the world.

The best thing about live streaming versus live television is the engagement factor. While we can never interact or engage with the content presenter through TV, live streaming apps offer a unique feature to communicate with the hosts in real-time. Similar apps created mostly using a live streaming clone script such as bigo live clone script or periscope clone, hold features such as comment, heart, save option, join the live video and so on. Additionally, some of them have AI-based filters and other interactive elements. All such features add the interest factor to the live-streaming apps.

That said, Live streaming is also an eye-opener for marketers and business owners. According to IAB, 52% of the live stream viewers prefer to access free content despite the ads rather than paying for a subscription to remove ads. Live video streaming provides a viable platform for advertising, promotions and perhaps the advertisers get real-time insights on the viewers and their demographics which help in customising the ads based on relevance.

Essentials to create a live streaming app like Bigo live:

Features of Live Plus- live streaming app clone that you must know:

Live Plus Script is made using:

Additional Support from the team:

You can create an app from scratch but considering the cost and time involved to create one, experts would always suggest you to choose an existing app clone script to create the app, because:

After creating the app, you would require a few months of hard work to promote it organically and through advertisements. Once you are placed and your app starts to get more user base and traffic, you are all set to make a difference. Feel free to reach out to us and learn how you can make a better live streaming app and make it your mainstream business venture by making huge profits.