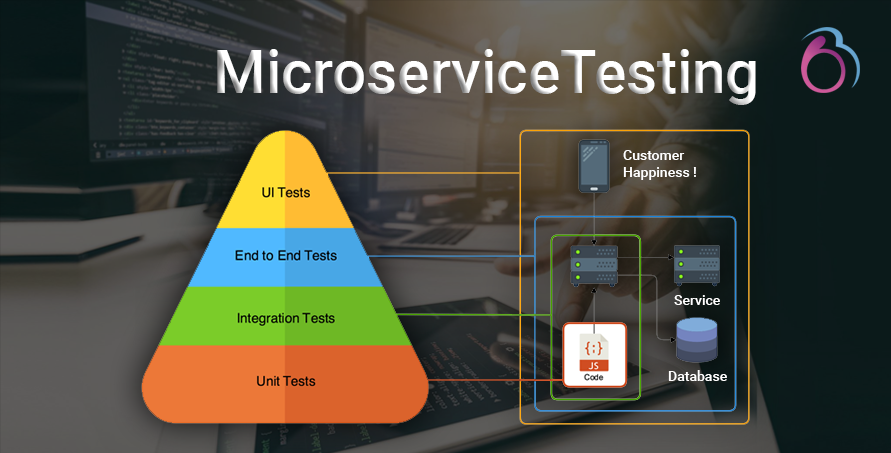 The new constant pressure on technology to adopt and align themselves to dynamic changing need to business surroundings. Current trend demands larger scalability, cross-platform capabilities, and quicker deliveries. Microservices architecture helps organizations produce decoupled and independent processes and services that are easier to deploy and manage. The aim isn’t have inter-modular dependencies. Thus quicker releases are facilitated by separating the application in smaller components that can be composed easily, and independently.

The applications developed with microservices architecture thus, is the sum of these individual components that communicate freely with one another and deliver greater functionality. Since when the application components are independent of one another it makes them independently deployable and testable as well. Henceforth Designing a testing strategy for Microservices can be challenging. It’s demand the right use of tools, technologies, and frameworks to provide support to every testing layer. The independent micro-units should be completely tested before integration with the larger application or application scheme. Otherwise, the value of correction post integration can be huge.

microservices development is distributed and independent in nature, testing ways that applied to monolithic architectures cannot apply here. Microservices applications have to deliver on high performance and functionalities, which has demands that every layer of the application is totally tested. few challenges faced during microservices testing are:

To overcome the challenges in Microservices testing and in automating that testing, it helps to adopt a bottom-up approach to testing portrayed in Mike Cohn’s Testing Pyramid. This approach helps in identifying how much automation effort must be factored in at every stage of the testing process.

Service visualisation is used when you are testing end-to-end system and some microservices are not ready. Along with this, testing teams also can look at automating UI and Functional testing to ensure all interfaces/databases/third-party/internal sources, can work seamlessly and in a cohesive manner with one another. With the scope of microservices automation testing testers can also leverage scriptless test automation to simplify the process and get the test automation ball rolling faster to test each component with greater fidelity to deliver a thoroughly tested and superior microservices product.