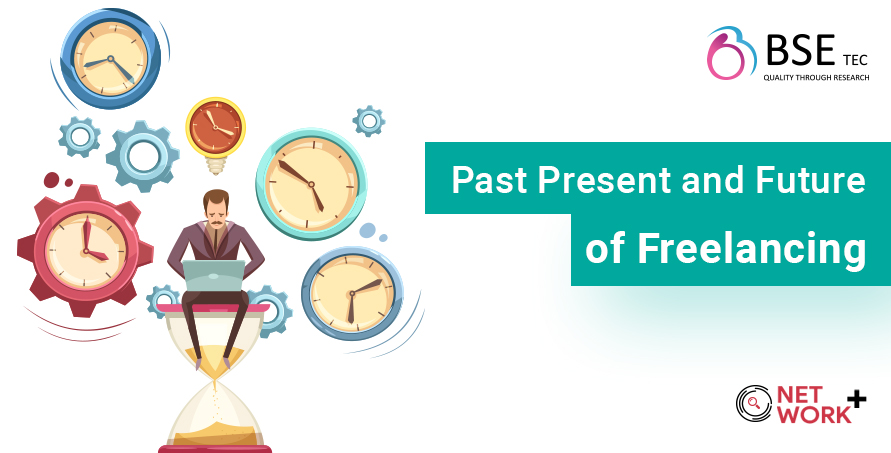 Freelancing has opened a wider opportunity for those who cannot commute to work as well as those who wish to work from home. Freelancing can also help in honing technical skills as it involves the usage of information and communication technologies. Since its inception, freelancing has undergone various changes in terms of its usage among people to earn or develop skills. Let’s look at the past, present and how the future of freelance websites is going to be.

Freelancing was meant for those who wanted to earn extra pocket money besides their regular job. It was considered as an ideal way for students to earn some extra bucks to manage their tuition fees and homemakers used to do it to spend quality time productively.

How has freelancing evolved to what it is now…

When compared to the past, there is a huge increase in the number of freelancers according to recent research conducted by Edelman Berland. Besides, freelancers have admitted that they have better job satisfaction as compared to traditional jobs. This could be because of the fact that there is no physical authority to monitor so the employees take their own time and the task that suits them rather than being told what to do and what not. This gives them a better chance to make a decision, therefore, enhances job satisfaction.

Those who take up freelancing as the only source of income have also reported that they earn better than a day job. This has motivated a lot of people to consider freelancing as one of the important job options. You can also become a platform for freelance jobs by creating a freelance website.

Future of the freelance market

Freelancing industry has a great scope especially in the developing countries due to the huge unemployment scenario. In countries like India, Bangladesh and Pakistan, there’s a dire need of jobs for young as well as the older population to cope up with the rising prices. In these as well as other developing nations, there’s a need to work regardless of gender, age disparity except those underage to increase overall economic growth and also to meet their own needs. This makes it an ideal environment for entrepreneurs to start up a freelance website.

If you are looking out for ways to build a freelance website, you can do it easily using network plus freelance website clone script. It is almost the same as freelancer clone and can be availed from BSEtec. The advantage of using upwork clone like Network plus is that it comes as a ready-made upwork web script and can be customised to build freelancing job sites. As an upwork python script, network plus simplifies your task of starting up a freelance job bidding website. To learn more, contact BSEtec.