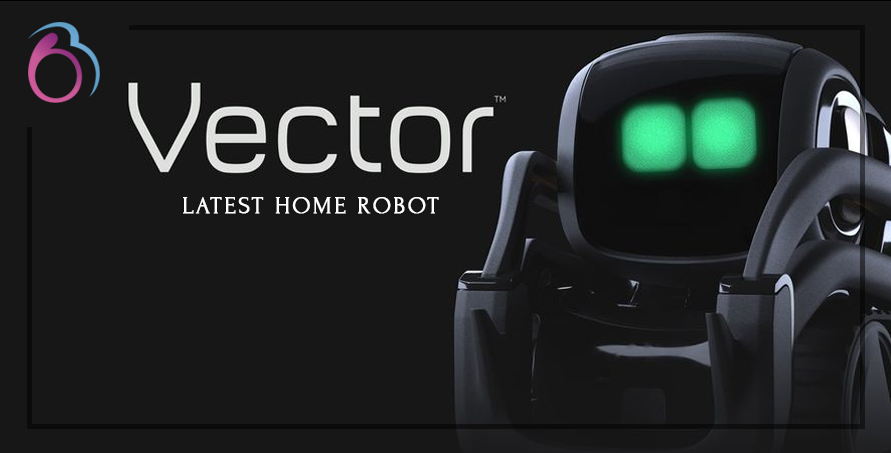 Vector : this is a latest home robots of Anki, Vector robo is a character, a buddy that live in people’s homes. He has everything on board to understand his environment, interact with people, provide a really unique emotional wrapper, around a variety of utility functions and generally to make people smile, laugh and be surprised by what he’s capable. It can move around on your home and investigating its surroundings. Using a combination of sensors, it builds a little map of its surroundings. It’s able to find its charger on its own.

Anki company has been putting a lot of effort into its personality. Best way to think about him as almost as a little living robot, almost like a pet, play games with it, and even pet it to elicit a chirpy little purr, the same way as you interact with your pets like cat or a dog. He’s a guy who’s got a range of emotions. He can understand his environment. He will explore and recognize you and he will get excited when you come home. Its the sort of capabilities that we have really fine-tuned over the last five years with anki’s previous products, but now really scaled up to the first home robot that’s meant to live in people’s homes.

He can answer you for all questions like ‘whats the weather in New york city?’ and he will act as a your friend or partner. Its not a replacement of alexa and google home, its unique robot and its a living robot in your home and act as a your assistant also.

He can see and understand the environment, he can recognize people through wide angle camera, recognize object, move around, build a map, and he’s always on so it create for the first time an ability to bring this feeling of life to him. He have a laser sensor on the front and little capacitive sensor at top so he can feel like pet. He have a drop sensors so he wont drop from table, he can he have advanced deep neural networks to do a lot of perception and understanding of the world around him what he does feels intentional he can react to inputs in his environment in his life.

He will help you and delight and entertain you like a friend.

Its have a million number of code with AI.

Capacitive Touch Sensor :
Sensors located on vector’s backpack allow him to sense and react when he is touched and held.

Beamforming Four-Microhone Array :
Enable Vector’s ability to pinpoint sound sources, filter out noise, and recognize natural speech.it have 4 microphones so it can hear you and respond to you for all your questions.

HD Camera with 120 ultrawide field of view :
Vector can see the room, detect motion, and identify people in his view with his HD Camera.

Infrared Laser Scanner :
Used for distance tracking and environment mapping, the scanner can reach up to three feet in front of vector, creating a 360 view when rotating.