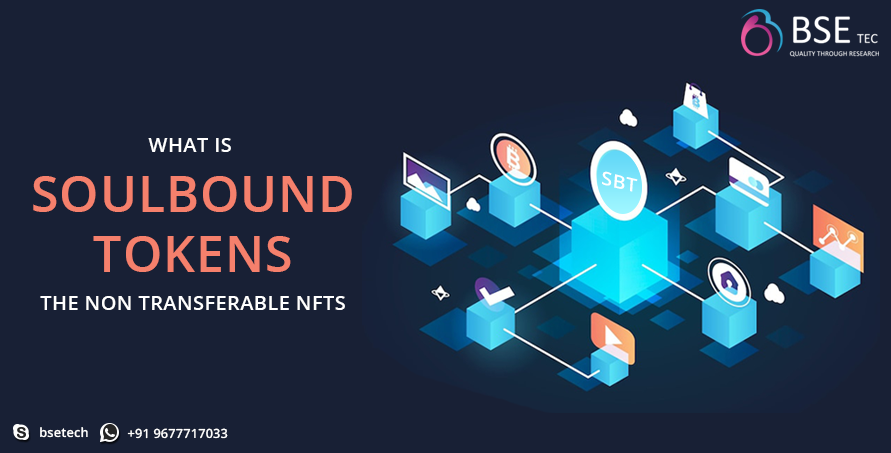 Web3 is growing day by day. But now SBTs are the hot topic in the Web3 sector. SBT stands for SoulBound Tokens. SBT is still a new concept that has the potential to be a game changer for web3 and a truly decentralized society.

Soulbound Tokens: Soulbound tokens (SBTs)  are Non-transferrable digital tokens (NFTs) that represent a user’s identity and connection to society without having any monetary value using blockchain technology. The concept is that a user’s crypto wallet, which may include different SBTs, will be referred to as a Soul.

Depending on the record classification, Owners may have multiple Souls. People could have numerous wallets (or souls) representing various aspects of their lives. For example, someone could have a “credential soul” for their work history and a “Medical soul” for their medical records. Souls, on the other hand, can represent an entity that distributes SBTs. Companies, for example, can be Souls, issuing SBTs to each employee. SBTs could be issued by a digital country club to verify membership status.

How Soulbound Tokens Are Different From Nonfungible Tokens: In most NFTs today such as Bored Yacht Club, People will buy, trade, or display NFTs as a symbol of status and wealth. SBTs seeks to expand the NFT concept beyond money and bragging rights by creating a token that is both unique and Non-transferable. An SBT represents a person’s or entity’s reputation whereas NFT represents their assets and digital collectibles. In addition, unlike NFTs, SBTs have no monetary value and cannot be traded once issued to a wallet.

Use Cases of SoulBound Tokens: The core idea behind Soulbound Tokens is to separate monetary value from interpersonal relationships and to advance a new paradigm of social trust. SBTs have numerous potential applications. Here are some examples that could be useful in everyday life.

The unique features of soulbound NFT, demonstrate that nontransferable, nonfungible tokens, will be important n the web3. SBTs practical prototypes can be highly anticipated because it may take some time before they are used widely. However, the idea behind the SoulBound token project’s design is encouraging.

To develop a blockchain-based solution like NFT, NFT marketplace, or token development, Contact BSEtec. As one of the Blockchain technology pioneers, our high-end NFT solutions are not only feature-rich but also platform-independent. With our cutting-edge NFT solutions and services, you can experience the future firsthand.