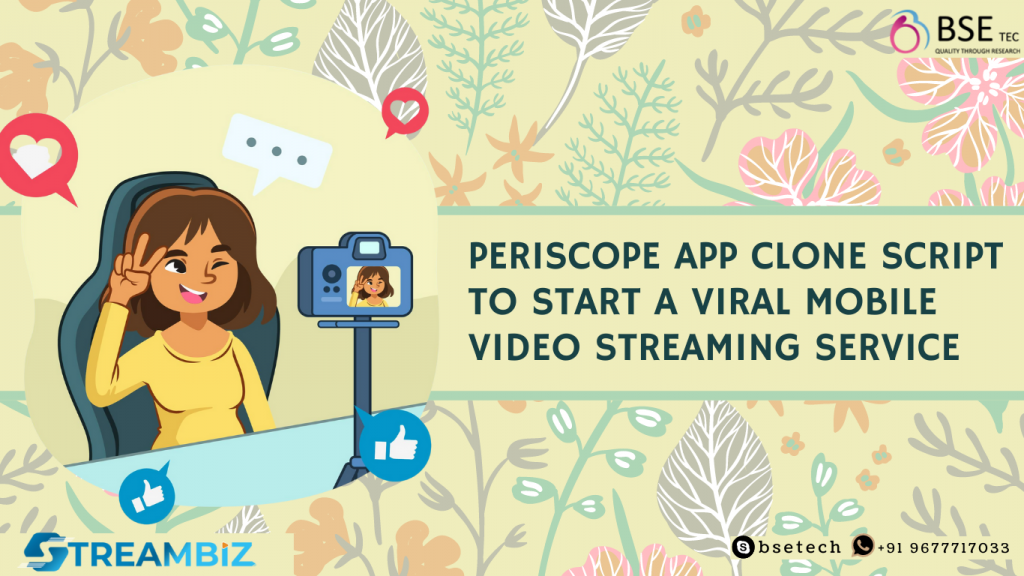 Mobile Video streaming today is much popular worldwide for many reasons as it is a great way for businesses to get directly connected with their targeted audience in real-time. Live streaming services also give entrepreneurs an edge to get more viewership than recorded videos as they are much more interactive and users like to watch live streaming on video categories such as events, gaming, sports, entertainment, and much more. Today you can get into this market easily and grab much market share as it is in its initial stage to rise on top. You can get into this market with the live-streaming app and website by developing them from any periscope app clone script.

What is the Periscope App Clone Script?

LivePlus is designed and developed in a way to give entrepreneurs all the basic features they would require to acquire users in the interactive live video streaming app from day one and we focus on building the live video app for them in such a way that would meet their desires and requirements for bigo live app clones. This periscope clone script is backed by many high-end technologies such as a powerful streaming engine, responsive design, Fantastic framework, and much more.

At BSETec, We make sure that you get a fully functional platform, and even for entrepreneurs we make sure they get the worthy deal. This is the reason that along with this periscope clone script we offer many additional benefits such as Premium technical support, free Installations, Free technical upgrades, and much more.

Check out its free live demo right now to see how it works in real-time.

For more detailed information about the features and technologies that come loaded with this live streaming clone script, Visit LivePlus.