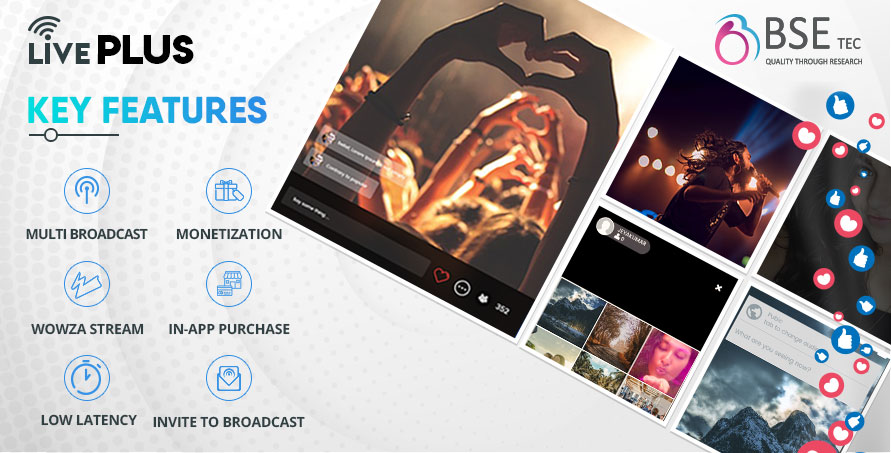 Since its very launch, Live Plus has been a great platform to create a live streaming app similar to periscope and bigo live. With new updates, users can gain access to more features, thereby it provides more scope for entertainment. Going live is always fun and when a live streaming app has more utility options, the chances of people using it increases. The app has been created in such a way that it delivers high-resolution video quickly across the world.

The following are the features included in the updated version of Live Plus Periscope clone:

Test the trial version of the app right away from http://periscopeclone.bsetec.com/ .