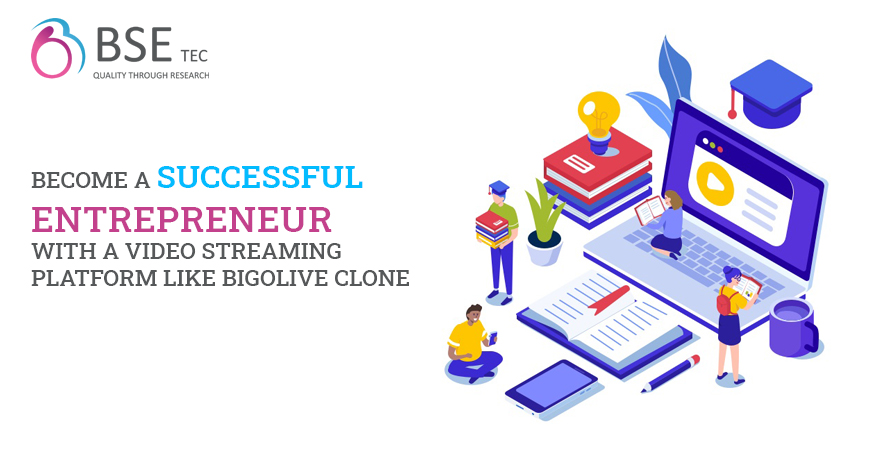 Bigo is a very well-known live streaming app service that has over 150 nations as users, while, the software has a live video streaming feature as well as a social media  platform for short videos called Like. The app, which is based in Singapore, has earned international acclaim since its debut. The Bigo app aspires to be the finest content platform for billions of people worldwide.

Periscope was primarily designed specifically for live streaming and was purchased by Twitter in 2015 and became popular within a few months after its release on the Android and iOS app stores. The software allowed live-streaming through GoPro, which was well-received by vloggers and other mainstream content providers.

How to become a successful entrepreneur with a live streaming platform?

Marketers and company owners will benefit from online live streaming script as well. According to the Interactive Advertising Bureau, 52 per cent of live stream users would rather watch free content with advertisements than pay for a subscription that would remove commercials. Live video streaming provides a viable platform for advertising and promotions, and marketers may gain real-time information about viewers and their demographics, allowing for more relevant ad customization.

Read How to make a live streaming app like bigo live?

StreamBiz has a variety of features among which we are discussing a few dow below:

Know Why Starting a Live Streaming script would be profitable in the Year 2021?